Posted on October 3, 2019 by lauravarnam

I am delighted to be hosting this guest post on Approaching Palaeography from my colleague Daniel Sawyer, the Fitzjames Research Fellow in Medieval English Literature at Merton College, Oxford. 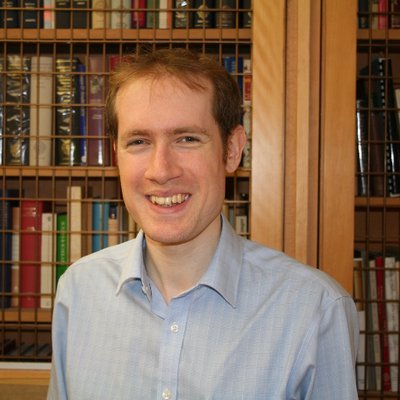 Daniel has taught palaeography and codicology on Oxford’s MSt in English 650-1550, and as part of the English Faculty’s ‘Material Text’ paper for undergraduates. His book, Reading English Verse in Manuscript, c1350-c1500, will be published by Oxford University Press in 2020, and will offer the first book-length history of reading for later Middle English poetry. You can find Daniel on twitter here and on his website here. Many thanks indeed to Daniel for this incredibly helpful post!

It’s the time of year when new graduate students will be starting palaeography classes. This prompts tweets asking for recommended resources, but it also creates a broader, less articulated need for advice on how to think about palaeographical training. I wrote some tweets on this topic and, since they seemed to get a positive response, with Laura’s kind encouragement, I’ve assembled this fuller blog post from them.

I’m not primarily writing to suggest resources for the study of handwritten objects from any particular place or time, though I’ll append some suggestions I received on Twitter below. Rather, this post is about surviving and flourishing as a palaeographer, and it should—judging from responses online—be of some use to students working on quite a range of things.

Palaeography can seem extremely hard, even impossible, at first. Don’t be put off! If you’re studying as part of an organised programme, on a master’s or a doctoral course, remind yourself that previous cohorts have successfully started with incomprehension and then left as old hands at reading old hands.

It might also help to remind yourself that if palaeography seems hard, that’s because you’re learning to read a second time. Script is a remarkably complex, cognitively demanding technology, not something we’re born comprehending, and the chances are that you found learning to read pretty tough the first time round too. I suspect I did, though I can’t remember!

Learning the literacy of another time and place can be a frustrating task, especially if you’re a new graduate student and you’re setting out on new, more clearly intellectual, adventures in other parts of your study. But palaeographical work has its own intellectual implications, and though they’re sometimes quieter and slower they can also be incredibly far-reaching. In the meantime, transcription offers satisfactions and puzzle-solving opportunities which can be a welcome relief in a context of demanding academic writing.

Everyone can read something, and can learn to read more; almost no one can read everything. Moreover, some handwriting just is hard: small, rapid, idiosyncratic, faded—even senior scholars disagree over how to read some things, or throw their hands in the air in bafflement. I still occasionally experience handwriting shock: an initial minute or two when I look at an unfamiliar hand, perhaps in a script I’ve not seen recently, and am briefly convinced that I’ve forgotten how to read. This is normal, and in time you’ll get used to pushing through it.

It’s also important to remember that many questions in palaeography lack agreed answers. Which questions those are will vary somewhat depending on what your specialisation is but, to use an example from my own area, the dating of hands by palaeographical evidence alone in my field can only ever be approximate, and there’re plenty of manuscripts in which we have little else to use. Some matters can be determined one way or another, and those you will grasp in time; others feel intractable because, well, they are.

As with most other skills, learning palaeography is a series of small, concrete, achievable tasks. Don’t focus on the big, intangible question of how you might train yourself to read everything written in your period of interest. Focus instead on the small, tangible problems—how do I distinguish these two forms? should I make flashcards for these chronologically diagnostic features?—and progress through solving those.

Practising a little and often, ideally every working day, goes a long way. If you’re on a course of some kind, your peers can be a great help: try practising with each other. Sharing the points that you each find hard might be reassuring, too!

Language study can really boost you. Knowledge of whatever past language(s) you’re working on can lead you make inspired guesses, and palaeography and language knowledge are often mutually reinforcing. But always check, re-check and re-re-check such guesses: fluent readers miss quirks!

In any transcription task, you’ll find that your eye ‘tunes in’ to the handwriting as you work. It’s therefore helpful, indeed vital, that once you’ve finished a first pass through the transcription you review all the earlier parts. Of course, any transcription for publication or assessed work needs to be checked carefully anyway, but even in practice transcriptions this re-examination is crucial.

Most of all, I recommend plunging straight in to looking at whatever you’re interested in, outside of any formal palaeographical classes you’re getting. That means not just working with handbooks and guides (though you should draw on those), but also working with any print or digital facsimiles you can find which reproduce material relevant to your other research interests. If you have the extraordinary luck to be studying for a time at an institution with substantial collections, don’t waste that time! Call up documents and/or manuscripts as soon as you can safely handle them, and work out what you can from them.

You might find that returning to some of the same things later in the course, and seeing how much more you can get from them, is a bit of a confidence-boost—or even the root of an important research finding which you go on to publish!

I noted above that almost no one can read everything. Very few scholars are universal palaeographers, and most of us are best at the scripts and books closest in time, space and kind to whatever it is we work on most. There is a virtue in excellence for its own sake, and if you’re doing a course which includes an exam in transcription and dating, you’ll obviously want to be in good form for that. Nevertheless, as with languages, sometimes it’s about having as much as you need to get what you want done, and done well.

This observation leads me to my closing theme: if you’re a new graduate student you don’t need to know this yet, but you can begin thinking about what you want palaeography for.

It might be that, in truth, you’ll spend much of the rest of your research career working from modern print. That’s perfectly honourable and valuable! Every day, I use and benefit from scholarship on other topics written by people who rarely or never touch manuscripts. (And I dare to hope that my own work will in turn be useful to such scholars.) If your research life heads in this direction, your training will still be of use—it will let you know, for instance, when you should smell a rat in editions. You’ll be an informed reader.

It might be that you need to be able to comprehend, to transcribe, and to keep an eye out for obvious mis-datings—palaeography as literacy. Again, work of this sort can be really valuable, and it’s quite legitimate to feel that you want palaeography as a tool to help you pursue your central research passion by extracting information from an archive or transcribing a poem in order to edit it.

It might be that you’ll need a full, rounded grasp of the materiality of books and/or documents, because you’ll find yourself cataloguing, or drawing on an array of physical evidence to advance arguments critical, historical, linguistic, &c &c (insert your field here). In the long term, you’re probably going to need a very well-rounded grasp of codicology and palaeography, and you’re going to explore some of the intellectual implications of these fields that I mentioned above.

And it might be that your research will be truly interventionist palaeography, palaeography with an eye to palaeography: you will rewrite our understanding of how a script is dated, of how scribes worked, of how we might identify / distinguish hands &c. This can be a profoundly demanding path, but it can also be profoundly rewarding—and if you pursue it you might, one day, wind up being one of the few people who seem to the rest of us to be able to read everything…

As I said, no need to know what you’re going to do yet. Indeed, if you’re a new graduate student I encourage you not to close down any options too quickly. I think it does help, however, to remember that these options exist, and that we look at old handwriting for various reasons (all of them good ones!).

This post is about attitudes, not resources, since which resources can help you will vary wildly depending on what you work on. From the responses to my tweets, I suspect the advice above might help anyone learning to read pretty much anything, from a wide range of places and times.

Because of the nature of my academic networks, the specific resources suggested to me have tended to focus on premodern or early-modern Great Britain, and I don’t want to give the impression that the experience of ‘handwriting shock’, or the value of plunging in with whatever you care about, for example, are things limited to writing from one part of the world.

But I did get some suggested resources, which I list here in case they happen to be of use.

The German Script Course at the Moravian Archives, for German writing c.1600 to present – suggested by Liat Spiro

Finally, my own advice on some things you might want to pack on trips to archives or special collections, whatever you’re going to look at!